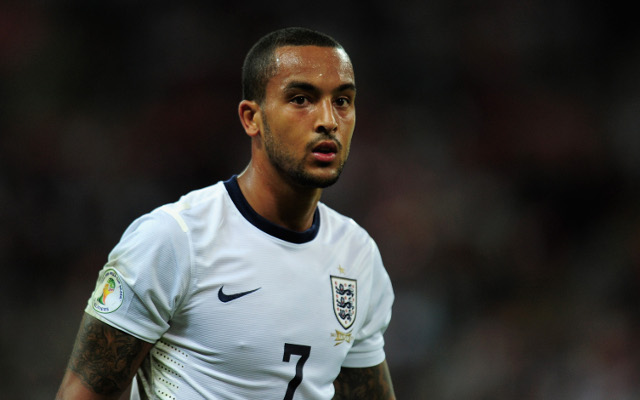 Arsenal and England winger Theo Walcott believes he has a fight on his hands for his spot in the national side, with a raft of youngsters challenging him, the Express reports.

SEE ALSO:
Arsenal star warns Harry Kane not to let success get to his head
Arsenal chase signing of Barcelona outcast to boost midfield options
Why England will be a different proposition at Euro 2016

The 26-year-old came on as a 77th minute substitute in England’s 4-0 win against Lithuania on Friday night, replacing club teammate Danny Welbeck, and it’s almost two years since he last started a game for the Three Lions – which is chiefly down to missing nine months of action with a cruciate ligament injury.

During his long absence, manager Roy Hodgson has tinkered with his formation in certain games, preferring a diamond and giving Raheem Sterling a free role behind two strikers, that duo potentially being Wayne Rooney and Harry Kane , prompting questions of where Walcott would fit into the side when everybody is fit.

England face Italy on Tuesday night in a friendly and the Gunners man admits he has to take his chance with both hands:

“Of course you need to prove yourself, no matter what. I had a long-term injury but I got back from that and not many people would have worked hard like I did to get back to where I am and to get the shirt back on after such a long injury spell.” Walcott told the Express.

“I’ve worked hard to get back where I am. I’m still easing myself back in but I’ve had a taste of it and I want to get more. I’ve been training really well, and hopefully going into tomorrow’s game I’ll get more of a run out.” he added