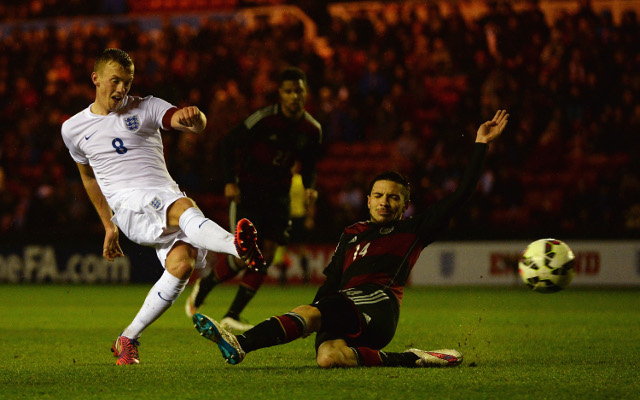 In the final ten minutes of the game, the captain for the evening received the ball on the edge of the area, after another excellent passage of play down the right-hand side. A wonderfully-clever jink of the shoulder wrong-footed Barcelona stopper Marc-Andre ter Stegen, and allowed the 20-year-old to slide the ball home.

The home side had gone into the final fifteen minutes of the friendly 2-1 behind, thanks to a well-taken brace by Kaiserslautern forward Philipp Hofmann. The German striker had scored early on in both halves, but a good finish from Manchester United midfielder Jesse Lingard five minutes before half-time had kept England in the game.

Here is the late goal from the skipper: