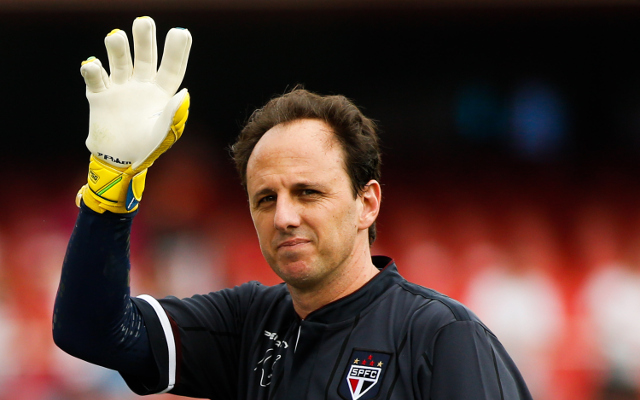 The 42 year old custodian puts away the 126th goal of his career!

Former Brazilian international Ceni has developed quite a reputation for his expertly taken set-piece efforts and this latest corker, for Sao Paulo against Linense, is no exception.

The veteran keeper is into his 23rd season at Sao Paulo, and has played over 1000 games for the club, and is considered something of a living legend with the club’s supporters.

Ceni has 16 national team caps to his name, the last of which coming back in 2006 and has scored more goals than any other keeper in the history of the game and represented Brazil at both the 2002 and 2006 World Cup finals.