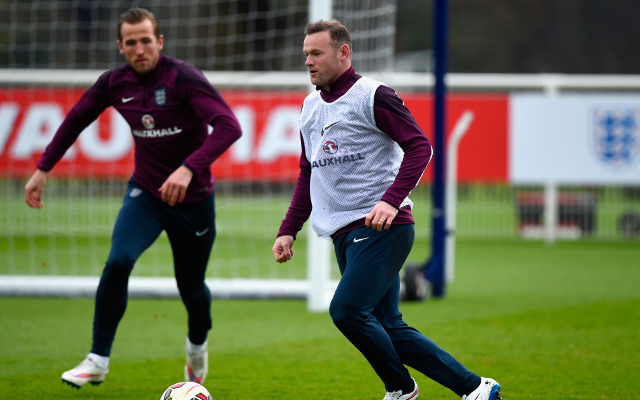 England captain Wayne Rooney has warned his latest international teammate Harry Kane to watch out for the tricks of the Italian defenders during the two sides’ friendly in Turin on Tuesday, reports the BBC.

In the build-up to the game, manager Roy Hodgson had confirmed that the Tottenham striker would make his first start for the side, after the 21-year-old scored within eighty seconds of his debut from the substitute’s bench against Lithuania last week.

But Rooney has told the Spurs forward that they will be facing much sterner, and much cleverer opposition at Juventus Stadium.

“They’re clever defenders, they do anything to try to stop you and you have to be aware of that and not get frustrated.

“Harry must continue what he is doing. He’s taking the ball, running at defenders and getting shots at goal – that’s all he has to do on Tuesday. If he does that the way he has been doing, he’ll be fine,” the skipper explained.

Kane’s overnight emergence has meant that he has had very little time to come up against Italian – domestic or international – defences during his brief career. His only previous opportunity came from two substitute appearances against Fiorentina – who incidentally included just one Italian across their back four in either leg of their Europa League tie.

One thing working in the former Leyton Orient striker’s favour is that Italy boss Antonio Conte has named his starting eleven one day early, giving Kane and his teammates a chance to prepare for the particular players they will need to get the better of to get a victory, and end the home side’s unbeaten run that began when the former Juventus manager took over last year.