Serie A giants AC Milan have announced on their official website a bizarre collaboration with Sanrio, the company that owns Hello Kitty.

The Italian side and the Japanese company are going to release an exclusive collection together in mid-April at the San Siro. They have even released a pretty weird remaking of the club’s logo involving the cat from Hello Kitty.

This isn’t the first time that a a football club have announced unusual sponsors, with there being several down the years. Last year Dunkin’ Donuts announced on their site that they were working with Liverpool, and Manchester United have a large selection of ‘official partners’ on their website including a noodle partner.

The Rossoneri will be hoping that this news has a positive effect on their playing form. The side are currently languishing in eighth in Serie A, 29 points off leaders Juventus.

Could this work as a new badge? 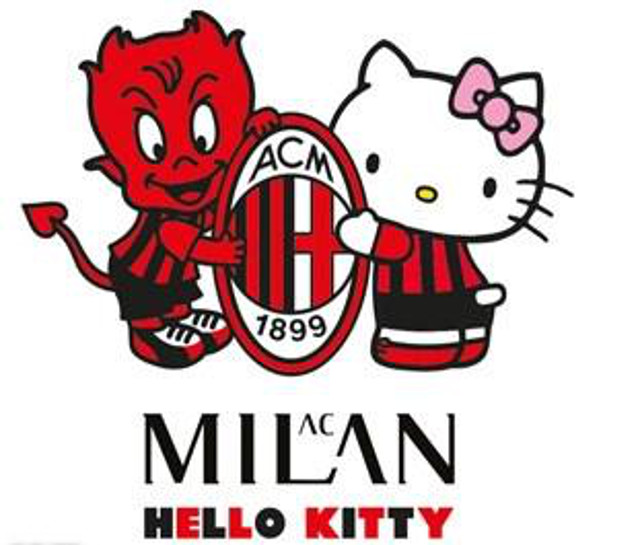