The American Outlaws are one of the US national side’s hardcore fan groups.

In a bid to add yet more spice to what is already a fierce rivalry, they decided to unveil a supposedly intimidating poster ahead of the Mexico vs USA friendly on 15th April in San Antonio,Texas.

Conveniently, the city of San Antonio is not only the venue of the football match, but is also the site of one of history’s most famous fights – the Battle of the Alamo. It would make sense, therefore, to recall some imagery from the period and the battle to and try and intimate the visiting team, right?

Wrong. The Battle of the Alamo was actually a resounding military victory for the Mexicans, as they destroyed the Texan forces and killed 250 American soldiers as part of the ongoing Texan war of independence.

Perhaps those outlaws need to go back to school?! 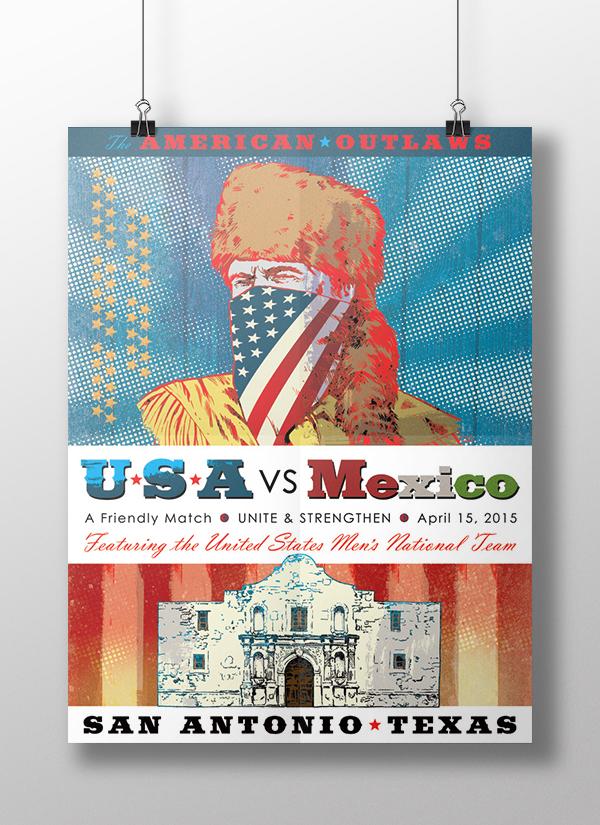