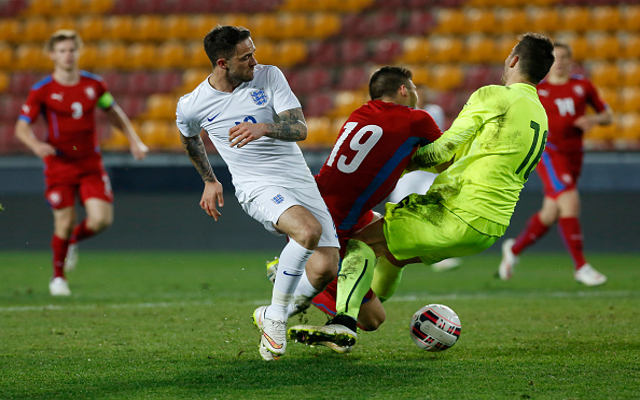 Anfield among a host of prospective suitors chasing Burnley ace.

Burnley forward Danny Ings is becoming the subject of growing interest with a three Bundesliga sides reportedly having sent scouts to monitor the youngster during England’s Under 21 clash with Germany on Monday night according to the Daily Mirror.

The 22 year old scored during England’s 3-2 win and may well have furthered interest from Schalke, Borussia Monchengladbach and Borussia Dortmund.

The Daily Mirror also state that Liverpool are keen on the Clarets star, who will be available for a small sum when his contract expires in the summer.

Ings scored 26 goals to help Burnley to promotion to the Premier League last term and is the club’s top-scorer this season, grabbing nine goals thus far.

The Daily Mirror claim that Ings has already met with Real Sociedad boss David Moyes in relation to a possible move to the La Liga side so any other interested party may want to step-up their pursuit of the former Bournemouth man sharpish.