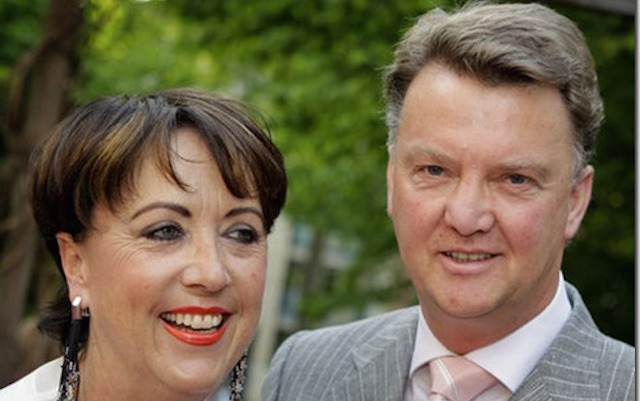 Louis van Gaal has given a startling look behind his managerial facade in a compelling, 90-minute documentary aired on Man United’s MUTV channel on Tuesday.

The film included interviews with likes of current stars Wayne Rooney and Robin van Persie but also former students of van Gaal, such as Barcelona’s Xavi.

In a quite frank programme, the 63-year-old insisted that he was ferociously demanding as manager but revealing he’s also very flexible before cheekily adding cheekily ‘..and my wife knows this!’, reports Daily Mail.

The special documentary looked all the way back to the Dutchman’s youth playing street football with his brothers, and claiming he was already better than them after a few years despite being the youngest of the family.

But perhaps the Dutchman showed his lighter side by admitting he was nowhere near good enough as professional and said it was the key reason he decided to become a coach.

“I was a slow player so I had to think very quickly,” he explains on the film, as quoted by the Mail.

“That’s why I developed a tactical level that suits me now as a trainer coach.”

Whilst it looks like United’s squad might finally have grasped van Gaal’s philosophies after two brilliant performances in the Premier League against Tottenham and Liverpool, van Gaal jokingly compared their inability to grasp his playing style to his troubles on English roads.

“It’s like somebody coming to England like Louis van Gaal who has to drive with the steering at the other side,” he said, the Mail reports.

“You have to learn that. I could have forced many accidents but I was fortunate I didn’t do that. I was lucky but it was always going better so I don’t have to warn people in my neighbourhood!”

Though despite the highlights the programme also discussed more serious moments including the moment van Gaal lost his first wife Fernanda to cancer whilst manager of Ajax in 1994.

“That year, when my wife died, was very difficult for me because I had two young daughters and was manager of the club,” he said, reports the Mail.

“My daughters were 15 and 18. You have to restructure your life. I have to say I had very great support off my daughters and that’s why I could continue being manager of Ajax.

“The championship (they won later that season) was a tribute for my wife.”

And Ajax favourite Ronald de Boer gave an emotional insight into what the dressing room was like at the club during that period.

“I remember the day like yesterday,” he said, reports Mail.

“He told us he would not be able to coach every session because he had to be with his wife. He was so emotional and I remember the goalie Stanley Menzo came to Louis and gave him the first hug. I still get goosebumps when I think about it.”