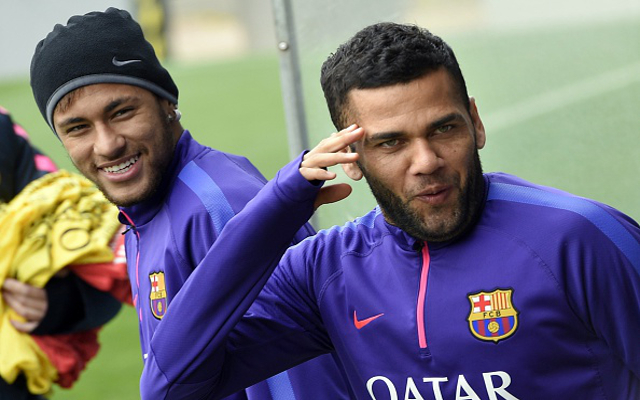 Now this is how you deal with the media!

Brazilian international Dani Alves looks like a funny guy, always smiling on the field of play and generally seemingly up for a bit of a laugh, and this latest incident confirms that impression.

The Nou Camp star, who’s contract expires in the summer, has been repeatedly linked with a move away from Barcelona with Goal.com linking the player to PSG and the Metro claiming a move to Man United is imminent.

A reporter harangued Alves at an airport and the flying wing-back opted for a novel approach to the situation.

Watch below as the 31 year old wrestles the mic from the reporter and then breaks into song.

Could this be the start of a trend?

Alves is into his seventh season at Barcelona, following his 2008 move to the Catalan giants from Sevilla, and has won a host of honours during that period including four La Liga titles and two Champions League triumphs.