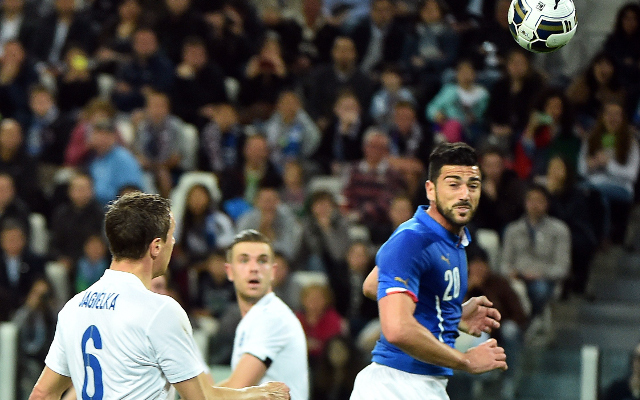 Italy have taken the lead over England in Turin, after poor defensive work from Phil Jones allowed Giorgio Chiellini to get his cross in from the left-flank and the delivery met the head of Graziano Pelle, who just managed to stay onside.

Pelle, with the slightest of touches, saw his header nestle into the bottom corner, agonisingly out of reach from England goalkeeper Joe Hart.

SEE MORE:
“Little furies” – Manchester United star on why England are tough to play against
Arsenal legend calls for Gunners midfielder to play for England in European Under-21 Championship this summer
Italy vs England: Five key battles including Harry Kane up against defensive rock

An even first-half so far, but a huge disappointment for Roy Hodgson’s men – having only moments earlier hit the crossbar through captain Wayne Rooney, after excellent work from 21-year-old Harry Kane.

Take a look at the goal below. Do you think Jones, who is playing in midfield, should have done better?