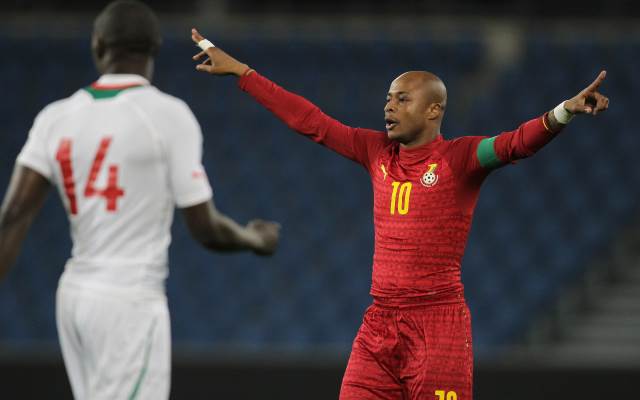 Olympique de Marseille playmaker Andre Ayew played for over an hour as Ghana and Mali drew in Paris.

The Black Stars were looking to return to winning ways having been defeated by Senegal last week. Avram Grant rang the changes, and gave opportunities to a number of players who had previously been peripheral members of the squad.

The fringe players—bolstered by some regulars—impressed during the first period without truly menacing the Malians.

They opened the scoring on 52 minutes, however, when Emmanuel Agyemang-Badu fired home after some excellent work from Atalanta forward Richmond Boakye.

Ghana couldn’t hold onto their lead, however, and Wolves winger Bakary Sako levelled the friendly from the spot on 71 minutes.

Another Ligue 1 player, Andre’s brother Jordan, entered in the final 10 minutes, but didn’t have enough time to truly make an impact.