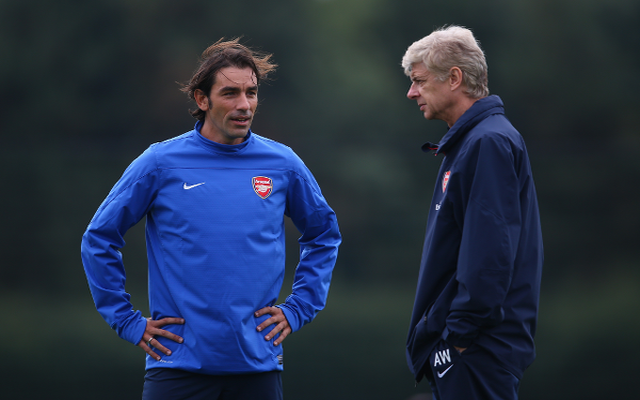 Arsenal legend Robert Pires this week stated that manager Arsene Wenger isn’t yet ready to retire and still has the hunger to deliver success for the club, the Frenchman told RMC Sport.

Wenger, to many people’s surprise, signed a new three-year contract last summer (via Arsenal) to take his deal up until 2017 but after a record spending spree over the past eight months (via Evening Standard), his failure to sustain a legitimate title challenge has reignited the old debate regarding his suitability for the role.

However, his former star player Pires told French reporters this week that the Arsenal boss is still healthy and looking forward to another season at the club next term.

“It’s not a question of strength. He’s not tired,” Pires told the French outlet.

“He still has that desire to be on the pitch, because he loves it, it’s his vocation, he’s been doing it for many years,” the former France international, who still occasionally trains with the first-team squad, said.

“His aim is to qualify for the Champions League, which I think will happen, and what is certain is that you will see him on the bench again next year.”

Another year of qualifying for Europe’s premier club competition might not satisfy the natives this time around after Arsenal’s embarrassing exit at the hands of Monaco. With extra finances comes more expectations and with substantial money to spend, Wenger will no doubt be expected to deliver major trophies with excuses fast running out.