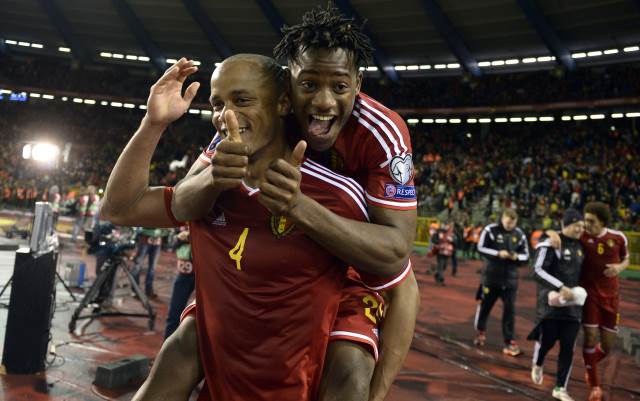 Olympique de Marseille forward Michy Batshuayi may not have featured, but he still expressed his delight at Belgium’s hard-fought 1-0 victory away at Israel in Euro 2016 qualifying.

The Red Devils moved atop Group B with a tight victory after the Israelis failed to find a response for Marouane Fellaini’s opener inside the first 10 minutes. The Manchester United midfielder fired home from close range.

Belgium made life hard for themselves for the final 25 minutes or so after Manchester City defender and captain Vincent Kompany was dismissed for a second bookable offence, but they held on to secure the three points.

The win sees them top Group B—they are tied on 11 points with Wales—and move two points clear of their defeated opponents. The two group leaders meet in their next fixture in June.

After the match, recent Belgium debutant Batshuayi took to Twitter to express his delight at the three points.

“Ouf – difficult victory tonight,” he began, tweeting on his @mbatshuayi handle, “but first in the group, that’s the most important thing.