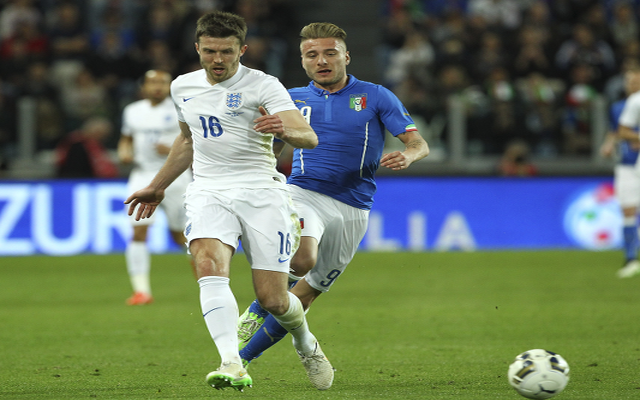 Manchester United skipper Wayne Rooney heaped praise on his club and country teammate Michael Carrick after the midfielder came on at half-time in England’s draw against Italy, with the England captaining claiming that he was the difference between the two sides after the interval.

Roy Hodgson started Phil Jones in the midfield against the 2006 world champions and he was clearly out of his depth during the 45 minutes and an injury to Chris Smalling meant a reshuffle in the team.

Carrick came on to restore order in central midfield and Rooney felt that his presence was immediately visible during a second half in which the visitors mostly dominated.

“The best player on the pitch by a mile was Michael Carrick,” he told ITV after the game.

“He came on and dictated the game for us you – saw how much control we had after that. I think he was the big difference between two teams in second half.”

England’s need for a player who dictates the pace of the game was evident, a job previously done well by Jack Wilshere earlier on this season. With the pace and options Hodgson has going forward, the veteran coach may need to rethink this new 4-4-2 diamond system deployed since the World Cup.