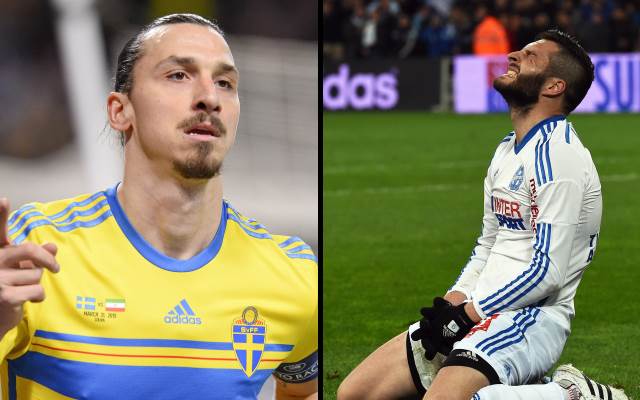 Zlatan Ibrahimovic and Andre-Pierre Gignac will head into the Clasico almost neck-and-neck in the Ligue 1 goalscoring charts.

While both men are behind Alex Lacazette of Olympique Lyonnais in the scoring charts, they remain among the finest strikers in the division.

Zlatan has managed 17 so far this term, despite starting only 20 matches, while Gignac has achieved an impressive 16 goals in 28 starts.

The Swedish superstar moved on from his controversial anti-referees and anti-France rant with a hat-trick display against FC Lorient. He heads into the Clasico in superb form, having bagged six goals and one assist in his last three Ligue 1 matches.

Gignac, by contrast, has dropped out of the Marseille first team at times over the last few weeks due to the superb form of new Belgium international Michy Batshuayi.

There’s a chance Marcelo Bielsa will opt for the former Standard Liege man from the start, but expect Gignac to lead the line…it’s likely that Zlatan will steal the show, though!