Tis’ the season for leaked football shirts right now. As the current season draws to a close all eyes are drawn to the summer when the various sportswear giants all take to subtly redesigning kits for their top clients.

Atletico have struggled to replicate the form they showed last year, which was always going to be tough as they had a domestic league title and a Champions League final appearance to build on without the aid of two of their star performers.

Currently sat in fourth place nine points adrift of leaders Barcelona, they look as though they will surrender their title this term, and also have an upcoming Champions League quarter final with last season’s winners, and cross city rivals, Real to contend with.

The design below is rumoured to be the basic short for next year. As yet, there is no sponsor as their agreement with Azerbaijan has not been renewed. 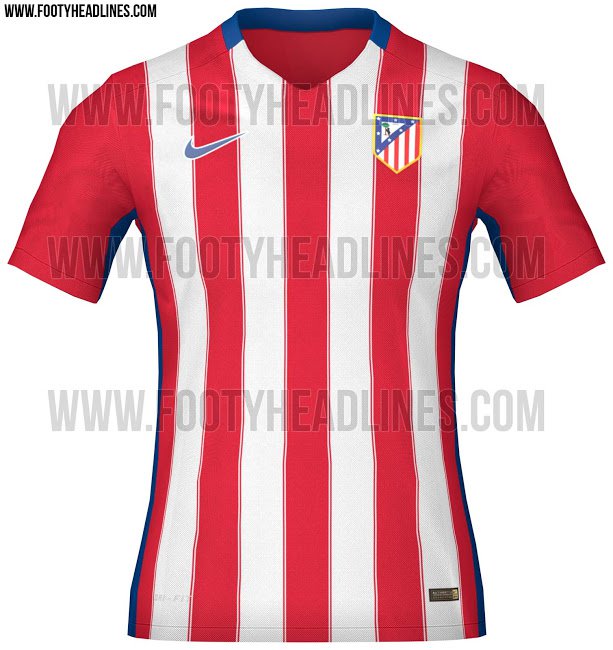