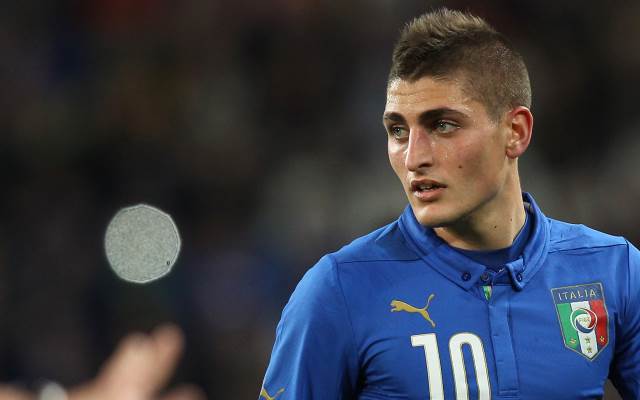 Azzurri boss Antonio Conte named a starting line-up without several key names on Tuesday evening as his side entertained the Three Lions at the Juventus Stadium.

He opted for a 3-5-2 formation with a central midfield of Roberto Soriano, Mirko Valdifiori and Marco Parolo.

Having started for Italy in their 2-2 draw with Bulgaria in European Championship qualification last week, PSG’s Verratti was left on the bench.

However, he did have a role to play and entered on 67 minutes, replacing the aforementioned Valdifiori.

When he came on, Italy led 1-0 through Graziano Pelle’s first-half effort.

Their advantage wasn’t to last and Andros Townsend, who entered the pitch just three minutes after Verratti, struck with 11 minutes remaining.

England pushed for a winner in the dying stages, but had to settle for a draw as Italy closed up.

The 22-year-old midfielder now returns to Paris where he will train with Laurent Blanc’s side this week ahead of the crunch Ligue 1 title-decider against Olympique de Marseille at the Stade Velodrome on Sunday evening.