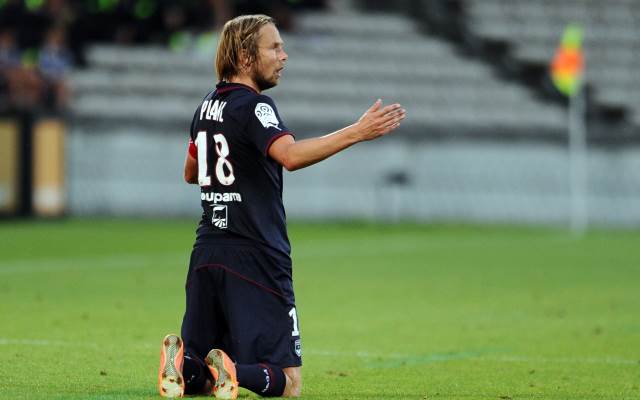 Girondins de Bordeaux midfielder Jaroslav Plasil was unable to rescue the Czech Republic as they fell to a 1-0 defeat to neighbours and fierce rivals Slovakia.

The two nations that once comprised Czechoslovakia met on Tuesday in an international friendly—the tenth match between the two sides since the separation.

Slovakia secured their third-ever victory over their former bedfellows following a first-half goal from Ondrej Duda.

The 20-year-old Legia Warsaw man beat Tomas Vaclik with a low, powerful drive from outside the box just after the break.

The Slovaks were much the better side, and looked effective in attack—testament, perhaps, to their flawless start to European Championship qualification.

Bordeaux man Plasil made his introduction on 60 minutes—replacing Martin Pospisil, but was unable to prevent the Czechs falling to a defeat.

The Bordelais return to Ligue 1 action this Sunday when they welcome 19th-place Racing Club de Lens to the Stade Chaban-Delmas.

Plasil’s Bordeaux currently sit sixth in the French top table, four points behind AS Saint-Etienne and three ahead of Montpellier Herault Sport Club.