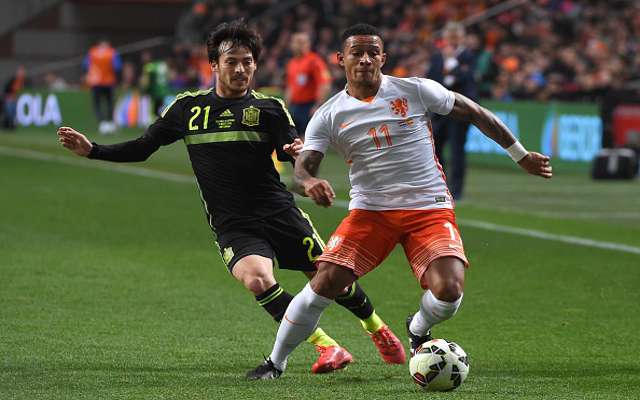 Liverpool are reportedly closing in on a move to snap up hugely talented PSV Eindhoven wide-man Memphis Depay according to talkSPORT.

Brendan Rodgers will look to see off interest from Louis van Gaal in Depay, who is the Eredivisie’s top-scorer, with talkSPORT claiming the Anfield side are ‘poised’ to sign the 21 year old.

The move would apparently cost £20m and given the reports of a possible Raheem Sterling exit, as reported by the Daily Mirror, one can well see why Liverpool would be keen on bringing in a quality winger.

Philip Cocu’s PSV side look set to clinch their first domestic title in seven years and Depay’s form has been key to their establishing of a massive eight point lead over arch rivals Ajax.

Depay, who netted twice at the 2014 World Cup finals, has scored 20 goals in 31 starts in all competitions this term and is certainly a player with a very bright future.

Should Liverpool be looking to bring in top-notch summer signings then a Champions League berth may be crucial with Brendan Rodgers side currently sitting in fifth spot, some five points off a coveted top four spot.