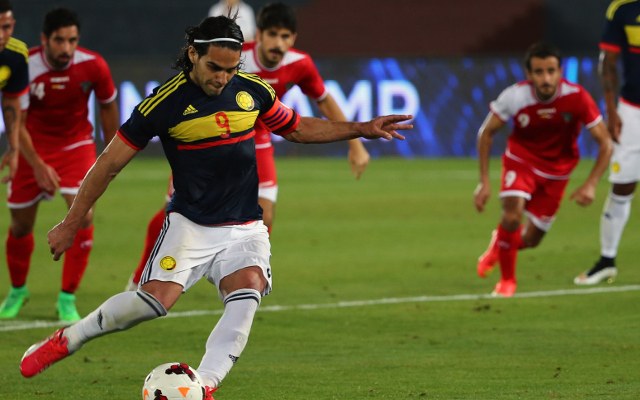 Manchester United striker Radamel Falcao has vowed to take the international form he’s shown back to his club after the Colombian forward scored three goals in his two appearances for the national side this week, the former Atletico Madrid man told Sport 360.

Falcao has struggled to live up to the expectations following his unexpected move to Manchester United on deadline day last summer, scoring only four league goals all season.

On a season-long loan from Monaco, Falcao’s long-term future at Old Trafford is far from certain given that Man United have the option to make his deal permanent – but at a premium price (via Daily Star).

“I think when I score it’s always important and that gives me confidence,” Falcao said.

“I said before I need minutes, I need to play games in a row and here in the national team I have had the opportunity.

“I gave my best and I scored and I now return to Manchester with more confidence. We have the last eight games – I will give my best to have the chance to play as many minutes as possible.”

Louis van Gaal seems to have finally settled on both a system and a first XI which doesn’t include Falcao and after their most impressive performance of the season against Liverpool, it is difficult to see how the striker can reverse the situation.

Should Man United refuse to make Falcao’s deal permanent, he will certainly not be short of many offers such is his pedigree within the game.