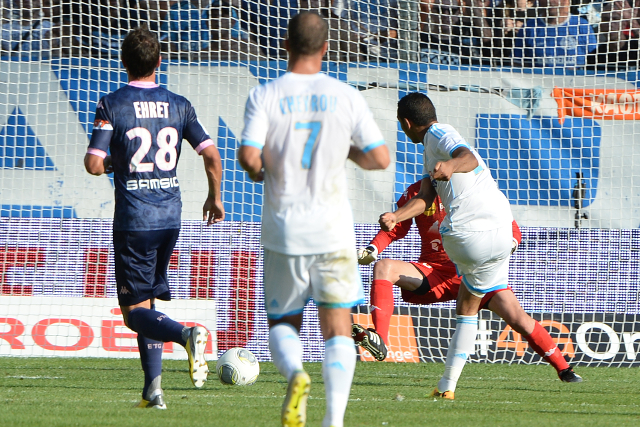 Olympique de Marseille’s Dimitri Payet has been one of the revelations of the Ligue 1 season so far, and his form means that he, and not Mathieu Valbuena, should be France’s go-to playmaker.

Once again, Dinamo Moscow man Valbuena started a match for Les Bleus as he was named in Didier Deschamps’s first XI for the friendly against Brazil. On 82 minutes, with France losing 3-1 Valbuena was replaced by Payet—the man who took his place with OM.

Against Denmark, in Sunday evening’s clash, it was Payet who started, and who gave way for Valbuena—again on 82 minutes.

While 30-year-old Valbuena remains a talented player, next summer, it is the youngster Payet who ought to be Deschamps’s pick as France’s playmaker-in-chief.

Already, this season, the former Saint-Etienne star has contributed 12 assists in Ligue 1 (the best in the division) and averages 3.6 key passes-per-match [as per WhoScored].

The last time Valbuena managed this was in the 2012/13 season, although he managed 12 assists in 37 starts—Payet still has eight matches to play.

While both Payet and Valbuena ought to make the squad for next summer’s tournament, it is the younger man who should start for the hosts.