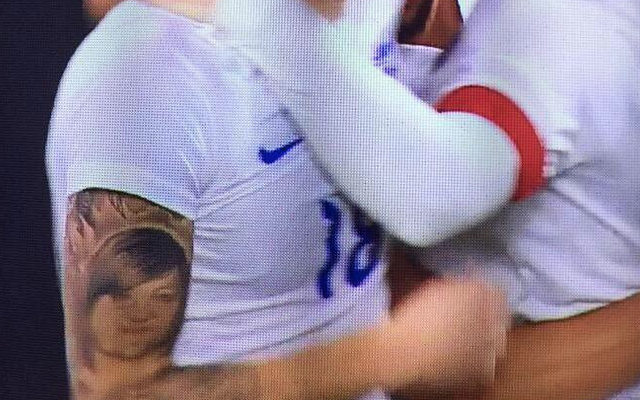 It wasn’t just Andros Townsend’s stunning equaliser for England on Tuesday night that caused a stir – but during the celebrations a tattoo on the arm of Three Lions midfielder Ryan Mason raised a few eyebrows.

The 23-year-old, who received his first call-up to the senior England team in March, was celebrating his Tottenham Hotspur team-mate’s late equaliser when the camera caught sight of a bizarre inking on his arm – and Twitter user @Danorako posted this hilarious question:

It must be admitted – the similarities are pretty uncanny!

Footballers are renowned for spending their colossal wages on extensively covering their bodies in tattoos – but Mason’s is certainly one of the more peculiar designs that has been seen – and that takes some doing!