According to the Daily Star, Manchester United captain and Everton fan Wayne Rooney lost a bet with some of his Liverpool pals, and as a result had to have the Liver bird tattooed on his arm with YNWA – You’ll Never Walk Alone – underneath.

The Daily Star said that the reason Rooney always wears an under-layer is to cover up the inking. 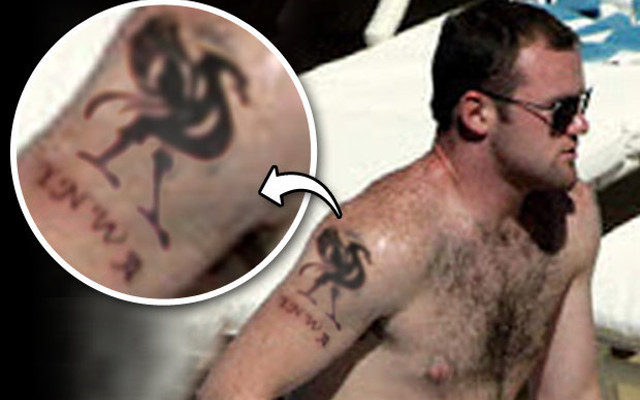