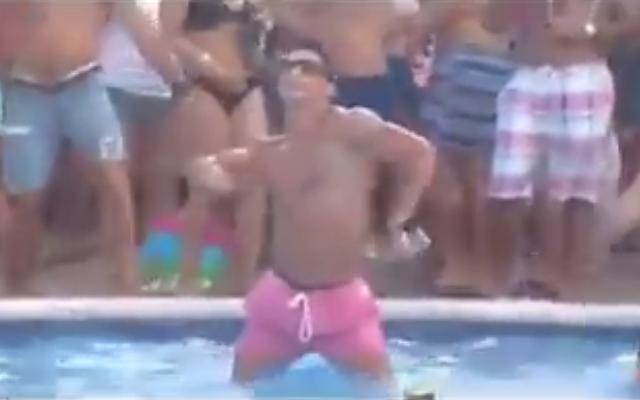 Real Madrid superstar Cristiano Ronaldo isn’t one to shy away from the spotlight, but this latest video takes it to a whole other level…

The 30-year-old was partying in Ibiza last summer, and one onlooker managed to grab an exclusive clip of the Santiago Bernabeu forward pulling off some outrageous dance moves in the pool.

The Ballon d’Or holder has hit the headlines this year – and not for his performances – after appearing to tell the Real faithful to “go f*** themselves”, as reported by the Independent, and only a few weeks later grabbed his manhood in a shocking gesture aimed at El Clasico referee Antonio Mateu (via ITV News).