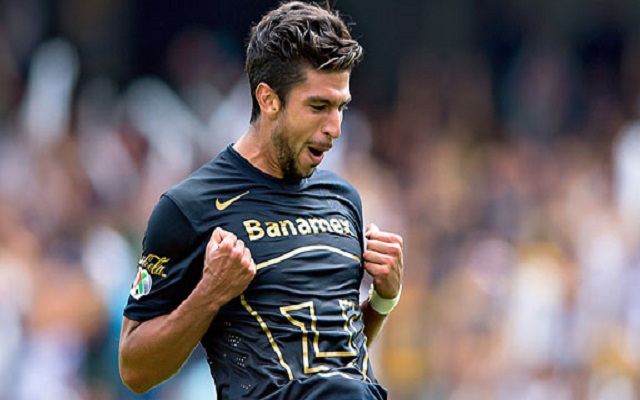 Mexico beat Paraguay 1-0 in a friendly this evening, thus recording their fifth win in their last six games.

An early goal from Eduardo Herrera was enough for the win, as El Tri’s preparations for this summer’s Gold Cup and Copa America stayed firmly on track.

You can see the best action and biggest talking points in the Fanatix8 clips below:

Mexico were short of five first team regulars as the game got under-way:

But that didn’t stop them grabbing an early lead through Pumas UNAM striker Eduardo Hererra after just two minutes:

Paraguay were more interested in being a Latin American version of Stoke than playing nice football:

Both teams had chances. Firstly Mexico almost added a second:

Then on the stroke of half time Paraguay hit the bar:

Paraguay’s keeper was on great form:

Not even Chicharito could get the better of him:

Oh, and it wouldn’t be a true Latin American international without some play-acting!: