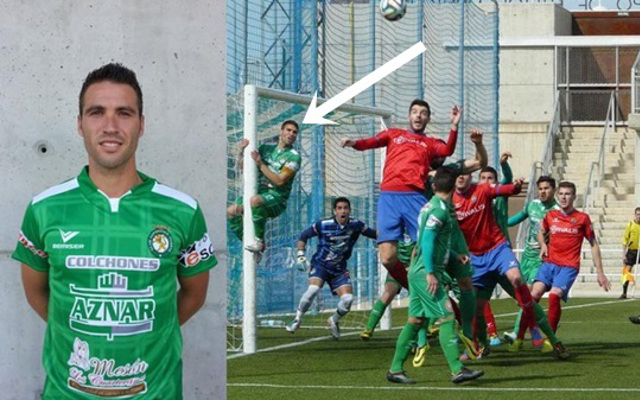 A player in the Spanish 4th tier went to extreme measures to defend a corner – and hilariously climbed up the goalpost in what must be the craziest defending we’ve seen.

CD Cuartes captain Daniel Nadales grabbed all the headlines, despite his side’s 3-1 defeat to Teruel, as, in an effort to compete against taller opposition in the box, the skipper attempted to rise highest with a cheeky bit of help from the post.

Hilarious as this may be, ‘The Koala’ was fortunate not to have been punished by the referee, given his actions are against the rules of the game – but who cares?!

Speaking after the game, he told TN, “It was a corner. We were defending and the attacking team were very tall.

“The only way I could think to jump higher was to grab the post.

“It was spontaneous. I did not repeat it in the match. Afterwards I read the rules and now I know they can punish you for doing that.

“My teammates have taken it very well but they say I was crazy.”