After assisting Andros Townsend for his goal against Italy on Tuesday it appears that Tottenham midfielder Ryan Mason has already matched Arsenal’s Jack Wilshere on the international scene.

Creating the goal for his club teammate has put the 23-year-old on the same amount of assists as his rather more hyped up counterpart. At the same time neither has scored a goal for their country. This will be great news for Spurs fans, with North London rivalry still burning bright.

Wilshere has already played over 10x as many minutes as Mason with 1502, but would seem to have found it a bit harder to adapt to the big stage. Despite this the latter is likely to walk back in to the side once he is fit after yet another injury setback.

The goal on Sunday was an important one for the Three Lions, equalising for Roy Hodgson’s side after a first half strike by Southampton’s Graziano Pelle for the Azzurri. 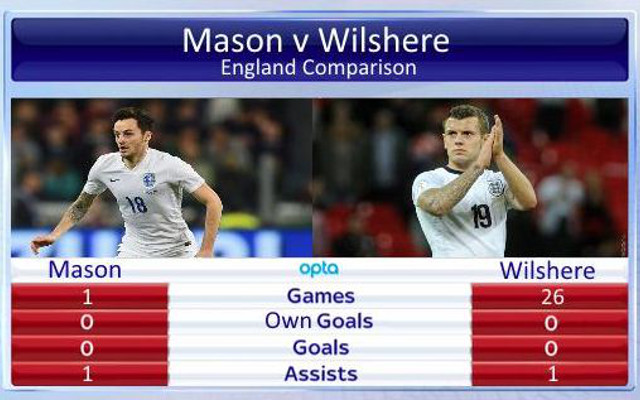