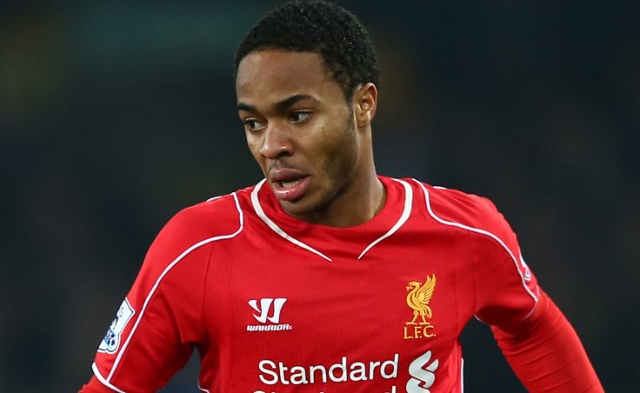 The 20 year-old’s Liverpool future is currently in doubt, having confirmed in a lengthy interview with the BBC that he had turned down a contract extension offer of £100,000 per week.

Liverpool fans could be forgiven for fearing the worst after Luis Suarez’s exit to Barcelona last summer, but Sterling’s value to Liverpool may be being overestimated.

Although we like to majorly hype up players in England – and Sterling is a talent, no doubt – it is easy to forget that this 20-year-old winger is nowhere near the level of someone like Suarez. He may be the current holder of the prestigious Golden Boy award for the best young footballer playing in Europe, but that prize is handed to those with potential rather than finished products.

For every Lionel Messi, Wayne Rooney and Paul Pogba, there’s also an Anderson or an Alexandre Pato – players who briefly shone at the top but did not reach the heights their ability suggested.

In Sterling’s case, the potential to become world class is there, but as we’ve seen so many times with players who start out brilliantly at his age, things can also go in the complete opposite direction. If, as the Daily Star suggest, Sterling does join a club like Arsenal in a £50m deal, the Reds would be wise to seriously consider cashing in.

Arsenal would be the ones taking a huge gamble on a player who has not yet proven himself, who has merely shown glimpses of form in a promising year-and-a-half spell.

£50m from Sterling’s sale could help Liverpool replace the youngster with some much-needed quality in other positions, for they are well stocked in attacking midfield. Philippe Coutinho is a vastly underrated star of this team, while Adam Lallana, Lazar Markovic and Jordon Ibe ought to continue to improve under Brendan Rodgers’ stewardship.

Instead, the Reds manager could spend Sterling’s transfer fee on a number of different areas of the team that need far more urgent reinforcement – whether replacing Steven Gerrard in holding midfield, bringing in a striker more prolific than Mario Balotelli, Rickie Lambert and Fabio Borini – or even fixing his defence or signing a new goalkeeper.

Liverpool have moved on from far bigger disappointments in the past, and they will do so again. For an inexperienced young player like this to behave like he is one of the most important figures at the club – and for some fans to even start to buy it – is startling to see.

Sterling leaving Liverpool might actually be best for all parties.