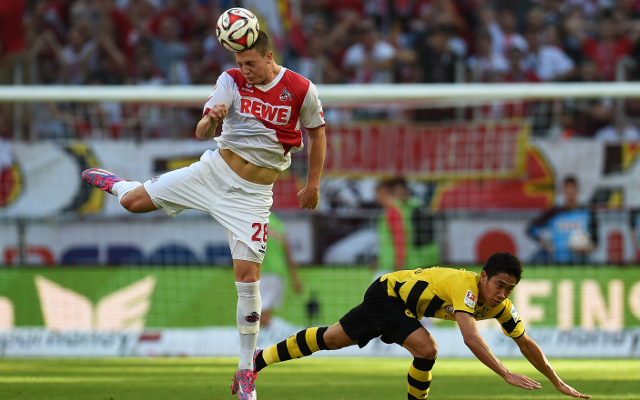 According to the Austrian national team manager, Marcel Koller, Tottenham have all but completed the summer transfer of defender, Kevin Wimmer, reports Laola TV.

The Mail had revealed earlier in the week, that a move to White Hart Lane would be a dream opportunity for the 22-year-old, but now it appears that that dream will become a reality come the end of the season. They report that a fee of £4.4m had been agreed.

Wimmer currently plays for Cologne in the Bundesliga, and while he has featured more regularly for the national team’s under-21 side, he was included as an unused substitute for the full squad’s 5-0 European Championship qualification victory over Luxembourg.

He did make his full debut for the side however, when he started Tuesday’s friendly draw with Bosnia-Herzegovina.

Having now worked with Wimmer at international level, Koller has heaped praise upon him, and suggested that a move to the Premier League will allow him to realise his potential.

“He has played exactly the same as I’ve seen him do already in Cologne. On the ball he is very calm, not rushed. He switches in the summer to England. With his young age he still has potential to improve. He has it all,” he said.