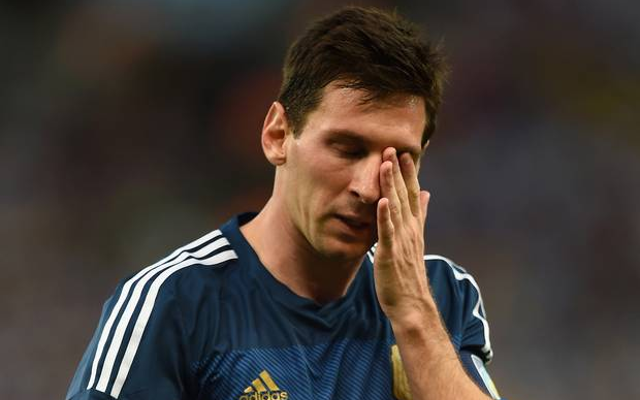 Brazil fans are usually pretty happy go lucky, but following their 7-1 World Cup humiliation at the hands of Germany last summer, they’ve been seeking revenge on anyone and everyone that rubbed it in their faces.

And there were likely none that took greater pleasure in the mauling than their greatest rivals, Argentina.

So as payback for the merciless and ongoing teasing, Brazilian TV show CQC came up with a plan that would help shut those macho Argentine men up once and for all.

Walking around with a lovely looking lady in tow, they approached several men saying that if they gave the Brazil shirt seven kisses they would be rewarded with seven kisses from the model like babe.

However, that babe is called Claudio and is actually a man.

Everyone the approached fell for it without thinking, and their reactions are all gold.

See the video below.