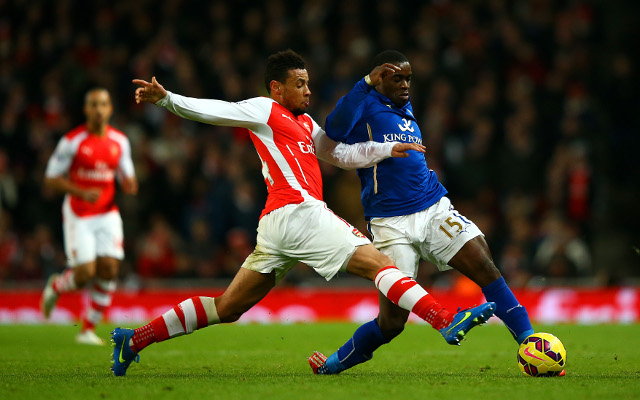 Arsenal midfielder Francis Coquelin has revealed that he is looking to make a name for himself at the Emirates and emulate club legend Patrick Vieira, the Daily Mail reports.

READ MORE:
Arsenal Transfer Rumours
Five reasons neutrals should hope Chelsea mess up and Arsenal win the league
Why the Premier League could learn a thing or two from the Championship

The 23-year-old is starting to impress in the holding role in Arsene Wenger’s side, but that is only after a turbulent time for the Frenchman.

Coquelin joined the club in 2008, but has spent much of his seven years out on loan, or on the fringes of the first-team. After season-long stints with both Lorient and Freiburg, his most recent departure came with Championship side Charlton last year. It was during his time at the Valley that the midfielder began to doubt his future with Arsenal.

“Well, obviously that was in my head and I think at the time my loan had finished the first month. I could see the injuries over there, I think Arteta was out, Ramsey and it was the time for me to either extend my loan or come back and I extended it and thought maybe I won’t get the chance now,” he said.

However, after impressing in those five appearances – as well as an injury crisis that hit Wenger’s side in December – he was recalled. It is fair to say he has certainly taken his chance, making twelve starts in the Premier League, and helping Arsenal sit in the top four heading into the latter part of the season.

Most importantly, the stability he has provided since his breakthrough has led to comparisons with his countryman, Vieira. And Coquelin admitted that he hopes to have the same influence that the former captain did during his nine-year spell at Highbury.

“I’m not going to say to you I am (the new Vieira), obviously I want to be but I think it’s down to the performance I put in every week so I’m just trying to give me best every game so hopefully I can do that in the long term,” he added.