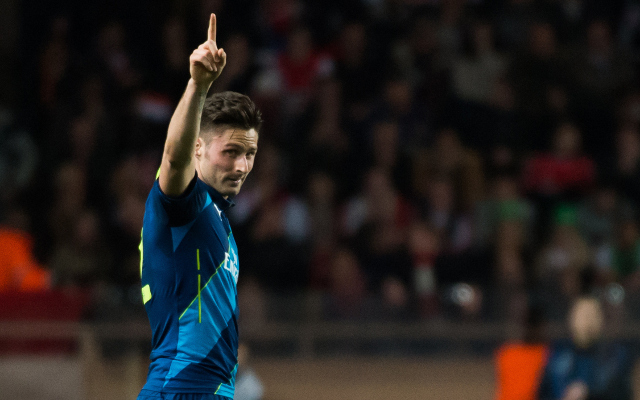 Arsenal striker Olivier Giroud has backed the Gunners to keep on providing Chelsea with competition for the Premier League title in the final few games of the season, the Daily Star reports.

The French international, named the Barclays Premier League player of the month for March, has been in fine form in recent games as Arsenal have strung together a good set of results in the business end of the season.

Although the title would surely have seemed like a distant dream not too long ago, there is now some talk that Chelsea could tire and Arsenal could just do enough to give them a scare late on in the campaign, with other challengers Manchester City also looking unconvincing.

Giroud admits Arsenal will have to win all of their remaining games to have a chance, which may be a tall order, but it is not something the in-form 28-year-old would rule out.

“We want to finish strongly,” he said. “We need to focus on our game first and if we succeed to win all of our remaining eight games maybe we can have a look at the Chelsea and City results.

“Yes [we can win the title] but it will be difficult, I try to be honest, I believe we need to win every game.”