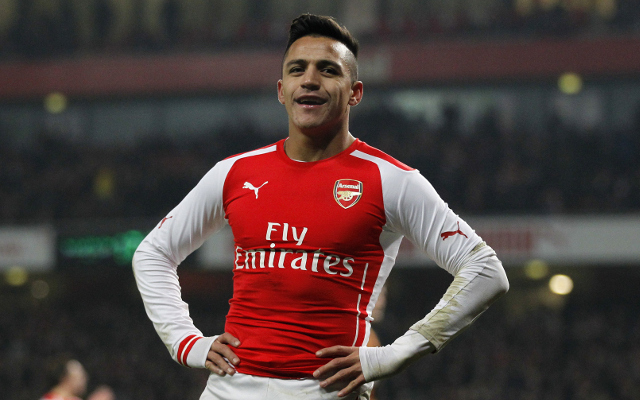 Arsenal boss Arsene Wenger has revealed that he didn’t think he would ever get his hands on Alexis Sanchez as he believed the Chilean dribbler would sign for Premier League rivals Liverpool, according to the Daily Express.

Sanchez has been in excellent form for the Gunners since joining from La Liga giants Barcelona over the summer, bagging 13 goals in the process, and has helped to keep the pressure on second placed Manchester City.

But Wenger is counting himself lucky that he got to snap the 26-year-old up because he believed the deal to take Luis Suarez to the Nou Camp would almost guarantee that Sanchez would head in the opposite direction.

“I was aware of Liverpool’s interest but you never know [at the time] if it’s really true,” said Wenger.

“But I thought it could be true because of Suarez.

“In the negotiations [for Sanchez], yes, it was a strength [Liverpool were already speaking with Barcelona about Suarez]. It made sense, an exchange and some money for Liverpool.

“At the end of the day only Sanchez can explain to you why he has chosen us. I don’t know why he did that but we were happy to let him make that decision.”

Wenger will be relying on Sanchez to help put a huge dent into Liverpool’s Champions League hopes this weekend as the Gunners travel to Anfield.