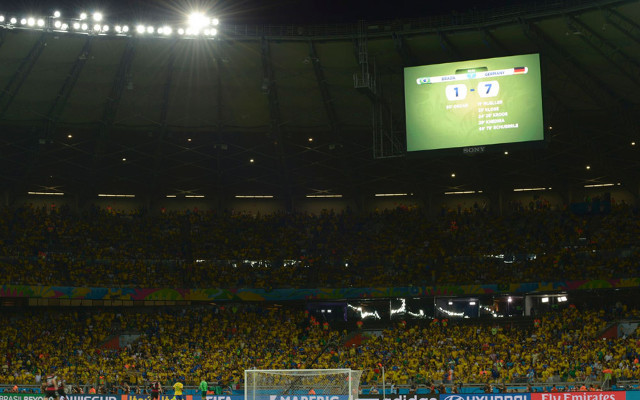 The owner of two of the stadiums used in the 2014 World Cup in Brazil last summer  has decided to sell them off after the recent Petrobras scandal that’s rocked the country.

According to Clarin, the corruption problem which is rapidly enveloping the state oil company Petrobras has led to a multitude of problems, some of which have now spilled over into the former World Cup grounds.

The owner of the Brazilian conglomerate Grupo OAS made the decision to sell the Natal stadium after the financial problems caused by the scandal. Only four games have ever been played at the venue, despite an capital investment that was more than 200 million USD.

Natal is not the only stadium with a sale sign at the entrance. The OAS Group also decided to sell 50 percent of the Fonte Nova stadium in Salvador. That ground has seen six games played after an expenditure of 190 million USD.

The 12 stadiums that hosted the 2014 World Cup have been beset with issues since the end of the tournament. Apart from the two that are for sale, the one in Cuiabá is now closed due to structural problems and several more are in serious danger of closure.