Arsenal and Liverpool do battle once again on Saturday lunchtime with a top-four place at stake and given the history between the two, we could be in for a treat at the weekend.

The two clubs have produced some epic battles down the years – who can forget Michael Thomas’ dramatic injury time winner at Anfield in 1989 to clinch the title for Arsenal?

And there is Robbie Fowler’s stunning four minute hat-trick against Arsenal in August 1994, making it the the quickest three goal haul in Premier League history.

With the game on Saturday shaping up to be another memorable one, we look at four classics between the two from the Premier League era. 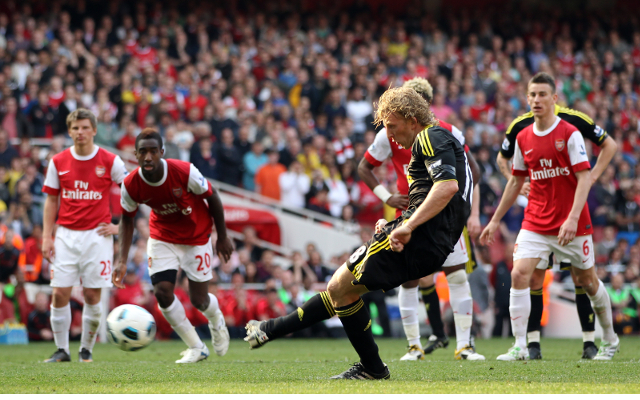 A fixture that is likely to be remembered just for two of the latest Barclays Premier League goals in history.

Arsenal took the lead through a Robin van Persie penalty in the 98th minute, but remarkably there was still time for Liverpool to equalise as Dirk Kuyt converted from the spot in the 102nd minute.