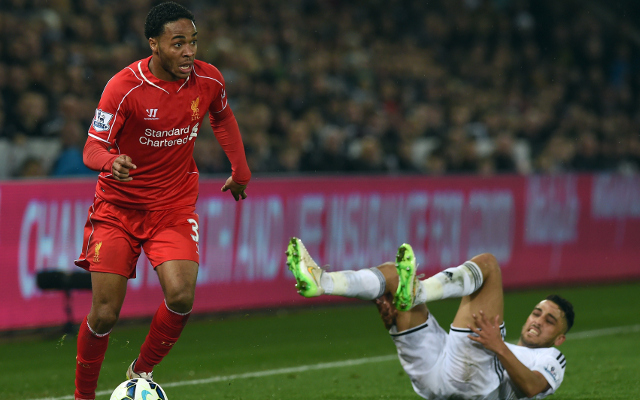 In an extensive report from the Liverpool Echo, Reds fans have had their chance to cast their vote on a series of questions regarding the current Raheem Sterling transfer saga.

SEE ALSO:
Chelsea make it clear they want to sign Liverpool star Raheem Sterling
Top 15 young players who could be on the move this summer: Sterling to Arsenal, Pogba to Chelsea & more
Liverpool transfer rumours

With reports that the England international has turned down a contract worth £100,000 per week, there are now worries about the youngster’s long-term future at Anfield, with fans clearly split on whether or not he’ll stay next season.

46% voted that he would stay at Liverpool, while 43% voted that he wouldn’t be, with a further 11% undecided. Asked who was to blame for this breakdown in contract talks, 50.4% of fans blamed the player’s agent, though a fairly high 32.5% also blamed Sterling himself.

With so much debate over how much Sterling should be earning at this stage of his career, a clear majority of 76% voted that he should be offered £100,000 per week and nothing more. Only 3% felt he should be given whatever he wants, another 3% settling on £150,000 per week, while 18% suggesting a compromise of £130,000 per week.

In further questions, Liverpool fans also had their say on how important it would be to keep Sterling, and how much they should get for him if he is sold.