Real Madrid are determined to sign Manchester United goalkeeper David De Gea in the summer, provided the Red Devils sell him at a ‘reasonable price’. 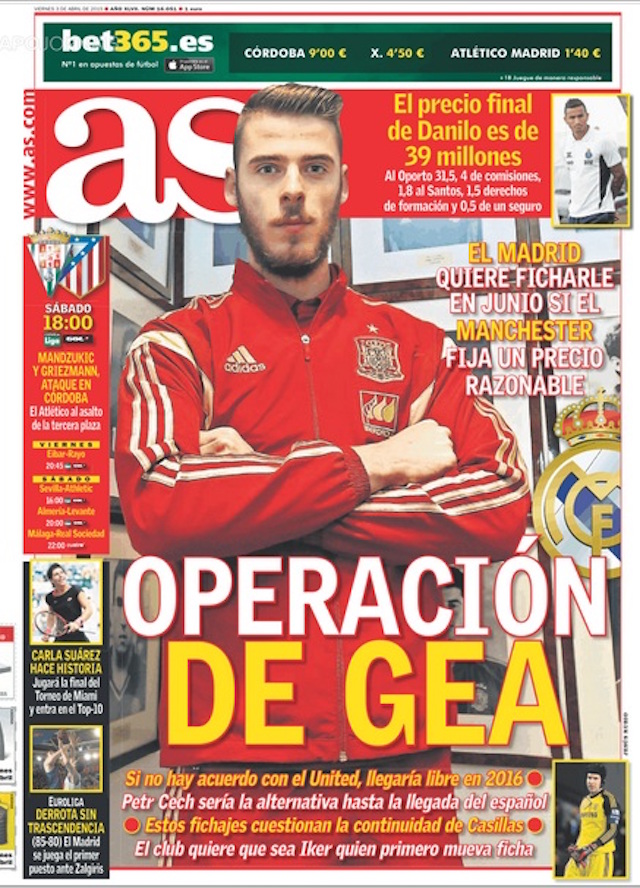 Whilst United fans may feel confident they can repel any advances if the club simply demanding this ‘reasonable’ transfer fee, AS claims Real will then just wait until 2016 when his contract expires and snap him up on a free.

However, if neither of these options are viable, for example De Gea rules himself out of a move back to the Spanish capital, Real will then try and sign Chelsea bench-warmer Petr Cech.

Whatever the future holds for De Gea and Cech one thing is for certain, the reigning European champions are actively hunting for a replacement for Iker Casillas.

And given Casillas still clings onto the Spanish No. 1 spot for the national side, perhaps the only way De Gea can finally usurp him is by first doing so at club level.