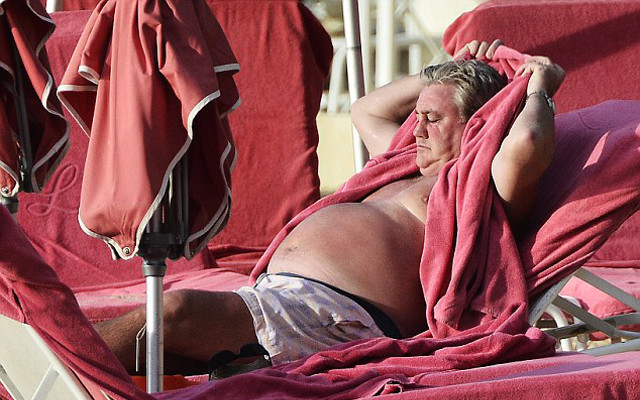 Hull City boss Steve Bruce has promised his wife that he will go on a crash diet after some unflattering holiday snaps were published during the international break.

Whilst holidaying in Barbados with Alan Shearer, the former Man United defender – though you’d be hard pressed to find anyone believing the 54-year-old was a former professional footballer – was pictured relaxing topless on the beach.

The Tigers boss certainly appears to have piled on the pounds since retiring 16 years ago, but following a number of responses to the candid shots Bruce has admitted he will try and make his critics eat their own words and vowed to fight the bulge and go on a diet.

“I don’t think too many 55-year-olds look that good on a beach do they?” said Bruce according to the Daily Star.

“But I have promised my good lady I will go on a diet. So watch out – I’m going to turn into the most horrible, awkward b******d you have ever come across.

“I’ve had some letters saying it’s nice to see someone relaxing in their own skin – not many mind!”

Hopefully Brucey won’t need to comfort eat at the end of the season with Hull’s Premier League survival still in the balance.

The Yorkshire side are only three points above the drop after a non too spectacular season with only eight games left to guarantee safety.