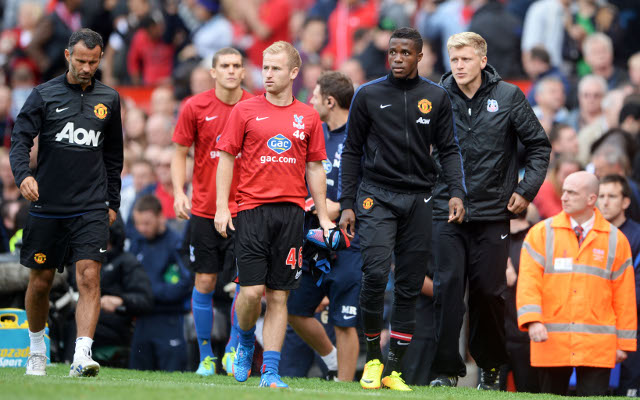 Crystal Palace winger Wilfried Zaha has revealed that he began to feel worthless during the one season the England international spent at Manchester United, the Telegraph report.

Sir Alex Ferguson’s final signing was acquired by United in January 2013, but remained with the Eagles on loan until the end of that season, helping them reach the Premier League. However, by the time he had arrived at Old Trafford, Ferguson had moved on, and David Moyes was now in the dugout.

Under the former Everton boss, Zaha made just two substitute appearances in the top flight, and his career stagnated. He became football’s forgotten man, and completely fell out of the international reckoning. Not even a loan spell with Cardiff City could reignite the midfielder’s career. He admitted that he endured a very difficult time with United.

“There is nothing worse than not being involved. You are sitting there thinking ‘what exactly am I? A footballer who is not playing football?’ You feel a bit worthless sitting in the stands, watching all the time,” he explained.

At the beginning of the current campaign, Zaha returned to Selhurst Park on a temporary deal, however this was made permanent in January, with the writing on the wall regarding his United career. He has admitted that he is enjoying his football once again, having made twenty-three appearances for Alan Pardew’s side.

“The gaffer tells me to smile a bit more but I am just happy to play football,” he added.