Liverpool’s chances of breaking into the Premier League’s top four have all but ended, after a humiliating eight minute spell at the end of the first-half helped Arsenal to 4-1 victory at the Emirates.

Here is how the players got on:

Made a couple of good saves early on to deny both Santi Cazorla and Alexis Sanchez, and could do nothing about Hector Bellerin’s precise finish for the opening goal. However, he should have done better for Mesut Ozil’s free-kick which doubled the lead. Difficult to blame him for Sanchez’s rocket which made it 3-0, and made a decent reaction save from Olivier Giroud in the second half.

The centre-back was sent off to cap a disappointing performance. His first yellow came from a late challenge on Cazorla, and he was then dismissed after stupidly attempting to tackle Danny Welbeck from behind.

Sakho was lucky not to be booked for a clumsy foul on Ozil. For most of the game, he was sloppy and looked out of his depth. 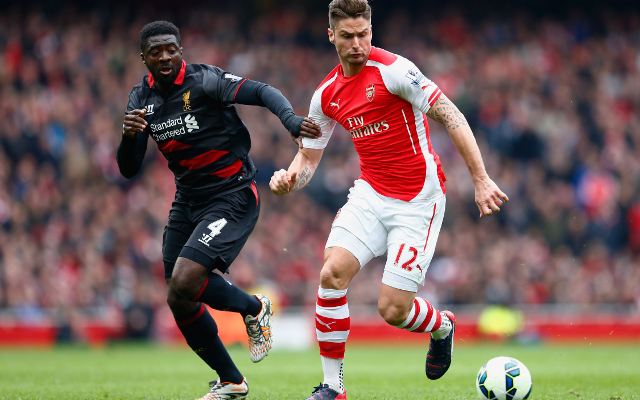 Struggled back at his former club. Gifted Aaron Ramsey with a glorious chance in the first five minutes after making a mistake, and that summed up his afternoon.