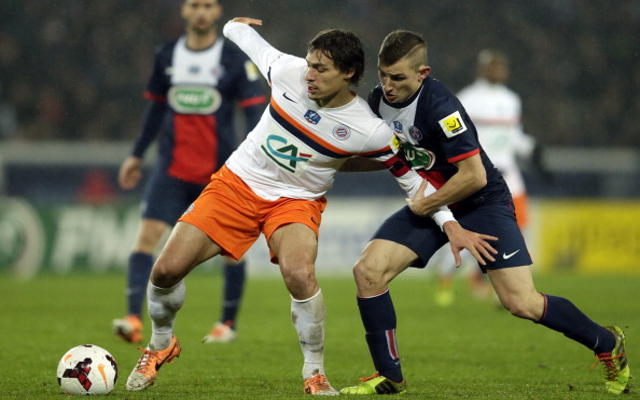 Montpellier Herault Sport Club are looking to push on for Europe when they welcome SC Bastia on Saturday.

MHSC may find themselves seven points off AS Saint-Etienne and fifth place, but it’s not unthinkable that things could turn around quickly.

Rolland Courbis’s side have a game in hand over the Stephanois, and considering the Greens face a tricky away trip to AS Monaco on Friday, that gap could be cut very quickly.

The coach should have little trouble motivating his troops for the visit of southern rivals SC Bastia, although the home side are in a spell of mixed form.

They have won three of their last six (against Guingamp, OGC Nice, and Stade de Reims), but lost the other three (against Lyon, Lille and Evian).

For the match against the Corsicans, Djamel Bakar will take a starting role, with Lucas Barrios dropped to the bench after returning late from international duty with Paraguay this week.

The Lions of Furiani have won only one of their last four and remain only five points off the relegation zone with eight matches to play.