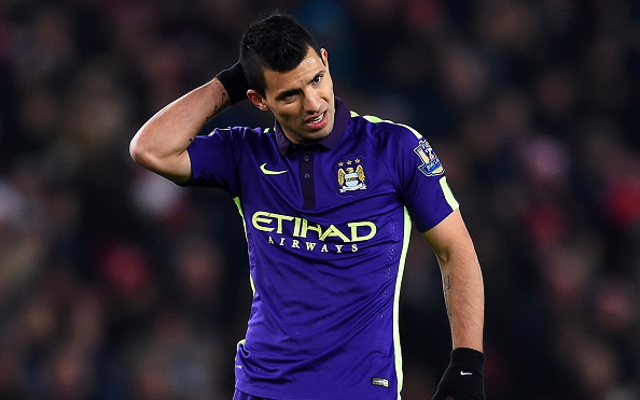 Real Madrid have been linked with a sensational move to sign Manchester City striker Sergio Aguero this summer, with Florentino Perez ready to sanction a £70m bid for the Argentine, according to talkSPORT.

The Spanish giants are seemingly keen to bring in a new big name upfront, with Aguero topping their list as he is described as being one of Perez’s favourite players.

The 26-year-old has previously shone in La Liga with Real’s local rivals Atletico Madrid, and has also taken his fantastic goalscoring form with him to England with a prolific Premier League record since his arrival in 2011.

It seems unlikely that City would allow their best player to leave the Etihad Stadium as they look to rebuild after a difficult season this term, with the club falling away in the challenge for the title and also finding themselves out of contention in the cup competitions after being knocked out early.