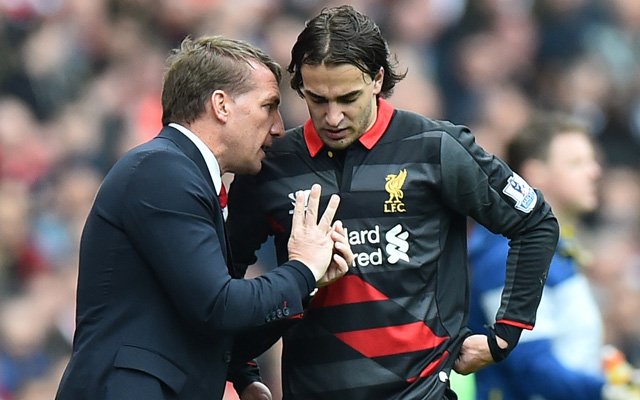 Liverpool were left to ponder what might have been on Saturday. They were ripped apart by Arsenal at the Emirates Stadium, with the Gunners taking a huge stride in their potential title challenge, but it could have been painfully different for the visitors.

Arsene Wenger’s side moved to within four points of London-rivals Chelsea with the victory, which came courtesy of goals from Hector Bellerin, Mesut Ozil, Alexis Sanchez and Olivier Giroud – but how might it have finished if Raheem Sterling had converted his early chance?

Liverpool had made a shaky start, but through a combination of good fortune and Simon Mignolet’s brilliance negotiated the early stages unscathed. As the first-half wore on, they began to grow into the game more and more. The chance was coming.

Turning point! If this goes in, Liverpool’s confidence is boosted and they go on and get something out of the game. Unfortunately for the visitors, the responsibility fell to £20m flop Lazar Markovic, who decided to square the ball rather than shoot.

His actions were of a man horribly low on confidence, while his stray pass gave a sprawling Sterling little chance to convert…

Spirits raised by their lucky escape, Arsenal showed Liverpool just how you’re supposed to finish. The Reds simply haven’t been clinical enough since last summer’s departure of Luis Suarez. Today, they were given an eight-minute master-class by their opponents, whose triple salvo included three truly sensational goals.

When Liverpool did eventually haul themselves back into contention in the second-half, courtesy of Jordan Henderson’s penalty, they were once again let down by a lack of discipline. There was no need for Emre Can to make this challenge, which ended any hopes the Reds had.

Steven Gerrard was the scapegoat of last month’s defeat to Manchester United, when his sending-off left Liverpool in the lurch. While the young German won’t shoulder quite the same levels of blame, he’ll need to take a long hard look at himself after this one.

After a 13-game unbeaten run, Liverpool have been let down by a trio of suspensions at the wrong time. They now face the prospect of playing Blackburn Rovers in the FA Cup on Wednesday without Gerrard, Can and Martin Skrtel – also serving a ban after clashing with United keeper David de Gea.

It’s widely expected that these two teams will meet again at Wembley next month.

Olivier Giroud finished the game off in style with a warning shot to Brendan Rodgers and co – saying in no uncertain terms, that if we do meet again, we’ll be favourites.