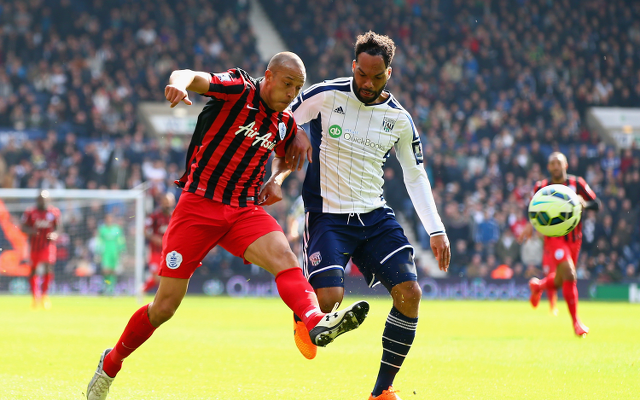 Queens Park Rangers have stormed into a 3-0 half-time lead at The Hawthorns against West Bromwich Albion, which is a score-line nobody could have envisaged before the game as the west Londoners storm towards what would be only their second away win in the league this season.

After Eduardo Vargas opened the scoring with a long-range effort, top scorer Charlie Austin took advantage of some poor marking at a corner from West Brom to send shockwaves around the stadium.

Many have not seen a Tony Pulis side defend this bad and before West Brom could regroup, Bobby Zamora scored a sensational strike which will be shown for the months to come.

With the ball coming over his shoulders, Zamora poked the ball using the outside of his foot from the corner of the 18-yard box to leave Boaz Myhill hapless as he watched the ball sail over his head.

See the sensational strike below: