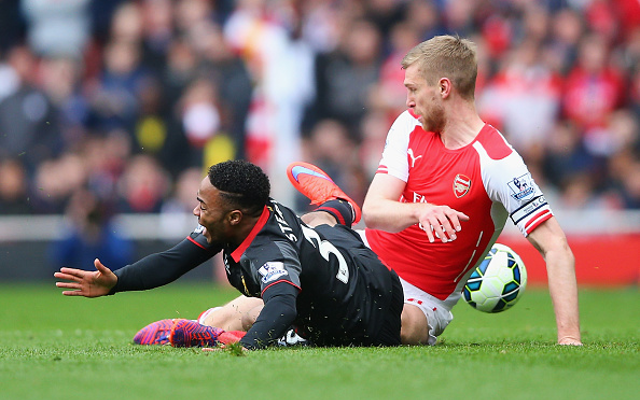 Liverpool have missed a golden opportunity to take the lead in their game away to Arsenal, with Raheem Sterling failing to get on the end of a pass from Lazar Markovic.

Looking at it again, it looks as though the Serbian winger was at fault in this incident, overhitting the pass as he came through on goal – the youngster could even have shot himself with just Arsenal goalkeeper David Ospina to beat.

Will this kind of overplaying come to haunt the Reds as they chase a crucial three points to help them back in the hunt for a top four place? Or could they open up the Gunners again with some fine attacking football such as this to recover from their setback against Manchester United last time?

It remains 0-0 and this is just one of many good chances for both teams in this entertaining fixture, which always seems to provide some memorable games filled with goals.