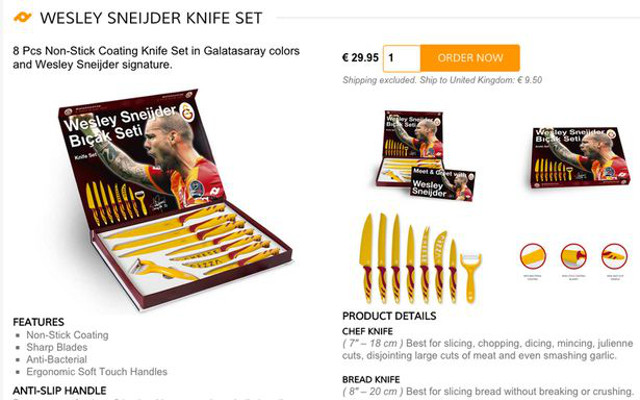 Wesley Sneijder has unbelievably released a commemorative Galatasaray knife set on the anniversary of two Leeds fans being stabbed by supporters of the Turkish club, reports the Daily Mirror.

On April 5 2000, two fans of the Yorkshire side were stabbed to death in Istanbul, before Leeds United played in the UEFA Cup semi final second leg.

Four men were arrested in relation to the offence within a week, including one who had a knife stained with the blood of the two victims in his flat. However, all of the group were free within a year.

However, they were convicted again in 2007 and sentenced to between five and ten years.

The Dutch midfielder seems to think that the 15th anniversary of this incident is a good time to release a knife set featuring the club’s colours and an endorsement from himself.

He has since deleted a tweet that said: “Finally my GalatasaraySK knife set is now available and can be delivered everywhere.”