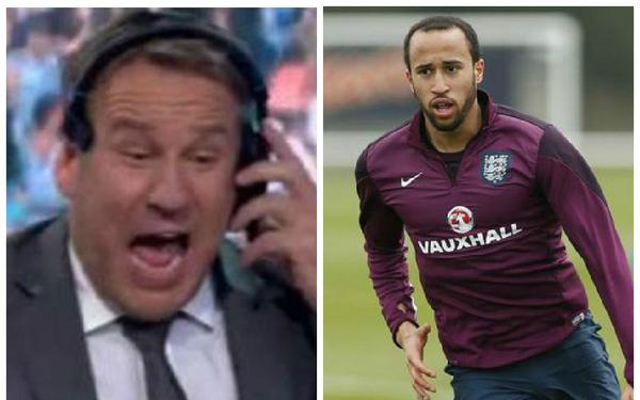 Arsenal legend Paul Merson has continued his war of words with Tottenham star Andros Townsend after the winger only came on for the final seven minutes against Burnley.

The feud started when the pundit claimed that Roy Hodgson shouldn’t have called the 23-year-old up to the latest England squad. The Spurs man then scored against Italy and replied on twitter to the ex-Gunner, saying “not bad for a player that should be nowhere near the squad”.

However, this hasn’t been the end of it, with Merson reigniting the argument after Townsend was dropped from the Tottenham starting XI for their match against Burnley on Sunday. The midfielder only came on for the final seven minutes of the encounter and made little impact on affairs.

Just been watching the game @andros_townsend , did you miss the coach? #RubberDub #7minutes

Mauricio Pochettino’s side drew 0-0 with the Clarets to see their slim Champions League hopes slip further away.