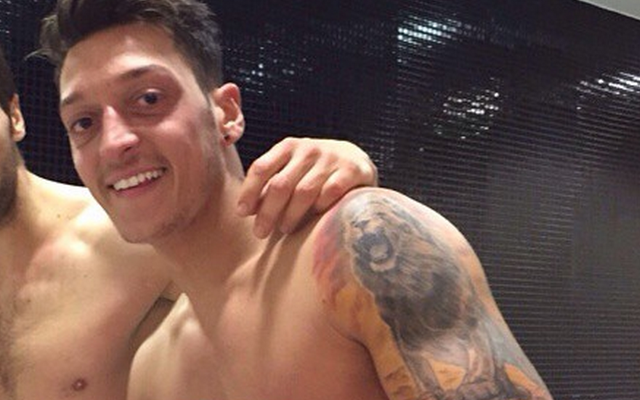 Arsenal continued their high-flying form on Saturday afternoon with a devastating 4-1 thrashing over Liverpool at the Emirates Stadium, and Mesut Ozil celebrated the victory by bathing with team-mate Mathieu Flamini.

The Gunners have hit an incredible bout of form at the business end of the season – having not been beaten since the 2-1 defeat to North London rivals on 7 February – responding in style to the set-back – accumulating a maximum 21 points.

Their stunning performances have catapulted them to second in the league, which has, thankfully for Arsene Wenger’s side, helped supporters to get over their dismal Champions League exit to AS Monaco in February.

Goalscorer Mesut Ozil scored his team’s crucial second with a beautiful free-kick just five minutes before half-time, as he continues to silence his critics, and expressed his joy to his Instagram followers.

Take a look below at the German’s Instagram posts… 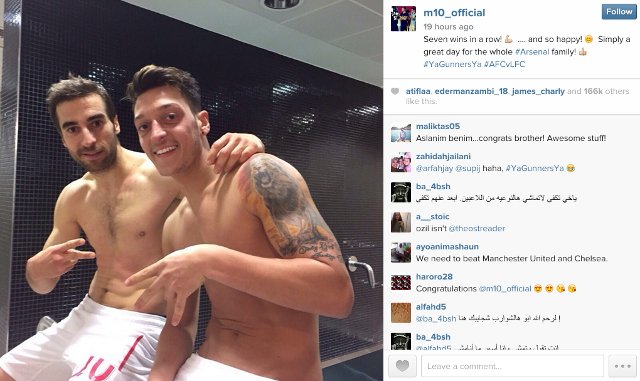 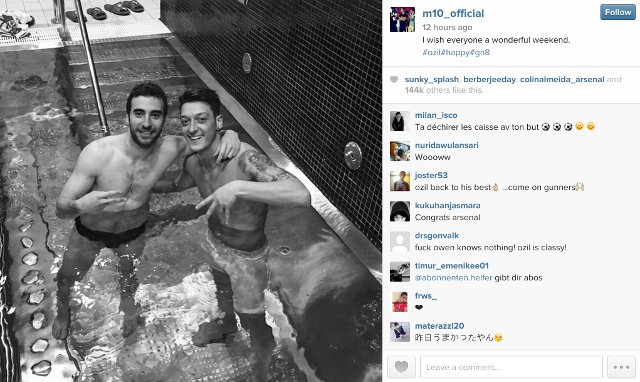