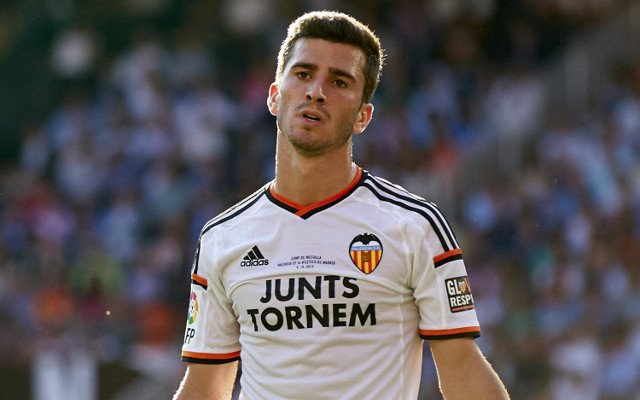 Valencia left-back Jose Luis Gaya is reportedly set to be the subject of a transfer battle between a trio of a top clubs – Chelsea, Manchester City, and Real Madrid.

The highly sought after defender has a £13.2m release-clause written into his current contract, and after a number of stunning performances in La Liga this season, clubs are lining up to meet the asking price.

Gaya has made 25 appearances for Valencia this term, and has recorded more domestic assists (four) than Chelsea winger Willian – making it no wonder that there’s a queue for his signature.

According to the Mirror, Chelsea, Manchester City and Real are eyeing the 19-year-old, as the three clubs keep a watchful eye over his impressive performances.

Manuel Pellegrini apparently views the youngster as a replacement to Aleksandar Kolarov – who is reportedly expected to leave the Etihad Stadium in the summer.

The Daily Star have reported that with Filipe Luis failing to make an impact at Stamford Bridge, Jose Mourinho is considering activating the teen’s buy-out clause, and offering Filipe Luis as part of an exchange deal.

The Spain Under-21 star rejected a new contract at the Mestalla Stadium at the end of March, and his future seems to be in his hands.