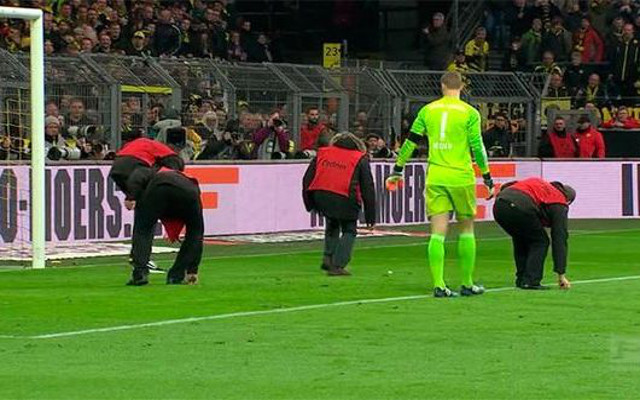 Things went from sublime to ridiculous at Bayern Munich took on Borussia Dortmund in the Bundesliga yesterday as a BVB fan threw a banana at Bayern goalkeeper Manuel Neuer.

Bananas have often been thrown onto football pitches and at players in connection with racism, though thankfully this does not appear to be the case on this occasion. The yellow and black colour of the tropical fruit is understood to represent the colours of Borussia Dortmund and it had ‘Koan Neuer’ scribbled on it, which translates as ‘No Neuer’.

The goalkeeper, who came third in the most recent Ballon D’Or award, is despised by fans at Signal Iduna Park having previously played for their hated rivals Schalke 04.

Bayern Munich won the game, dubbed Der Klassiker, 1-0 following a first half goal from former Dortmund man Robert Lewandowski, extending their lead at the top of the Bundesliga to 10 points despite second placed side Wolfsburg winning 3-1 at home to bottom side Stuttgart. 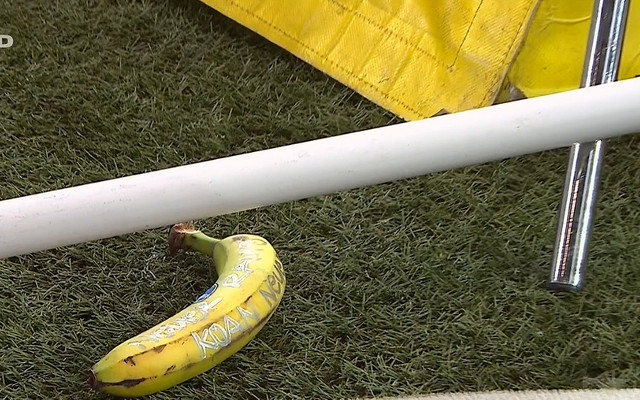